After disaster and collective trauma, rituals often emerge to mourn the loss and remember the deceased. Moreover, there are many other small, daily ritualizations that play an significant role in meaning making, especially in transitional contexts. During the Corona pandemic the need for rituals in the daily work of healthcare workers received more attention and a yearning for more collective public mourning has been heard. This research focuses on the potential of emerging rituals in contemporary society. At the same time, we need to ask: what are the boarders of ritual creativity? What rituals cannot be changed? What is sacred in ritual? In this research the focus is on emerging rituals from the perspectives of professionals, such as spiritual care workers, chaplains. How do professionals, such as spiritual care workers, (re)design rituals and in which contexts?

Existential concerns at the beginning and end of life (2017-present)

Why is it that the end of life has intensively been studied as existential concern, while the beginning of life has for a long time been completely neglected in philosophical and empirical research? This project tries to unravel the existential question “what is the meaning of our origin or birth?” from an conceptual and empiricial perspective. Furthermore, the question will be unravelled on the role of maternity in our society. What similarities and differences are there on questions of the meaning at the beginning and end of life? How can we understand the meaning of our birth as part of our self? How do mothers experience bringing life into this world? And what care needs do they distinguish themselves?

The ritual landscape is changing in our society. In Western contexts, traditional religious rituals have been decreasing, while at the same time secular rituals are emerging. This project focuses on unraveling the dynamics of contemporary meaning-making in postsecular, plural and globalizing society by studying ritual meanings. Ritual is studied from (1) a psychological perspective in order to understand the transformative potential of ritual and (2) analyzed with regard to ritualizing practices, such as what do ritual professionals (celebrants) need to learn in order to ritualize?

In contemporary Western society the dominant cultural approach towards death and dying often focuses on self-determination and individual decision-making. The individual has to decide how the end of life should be worked out and desirably pre-plan arrangements in advance. This rational view towards death and dying leaves not much room for emotions and questions of meaning. Furthermore, the question is whether this pro-active attitude can be found within everybody and what kind of death narratives are found in those who are not? This research tries to unravel counter-narratives on good dying that reach beyond the “authority of the individual choice” and focuses on other values at the end of life. What about those who are uncertain about how they want to spend their final life passage? Or those who do not want to think about this topic at all? What do these counter-narratives tell us about good dying and a meaningful life and death?

This study focuses on ethical dilemmas in the decision-making process expressed by family members of stroke patients and professionals in hospitals and residential homes, such as neurologists, elderly care physicians and nurses. Questions that are raised in this study are: How can families of patients be involved in the decision-making in the acute phase without feeling the load of having to decide about the death of their loved one? What is considered good care in the case of a acute stroke? Next to the scientific output of this study, we aim to develop a practical guide for families and professionals. The research is  conducted at the EMGO+ Institute for Health and Care Research at the VU Medical Center Amsterdam. 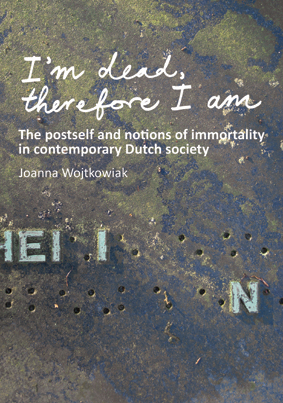 There is a growing focus on the deceased’s identity in the planning and performing of funeral and remembrance rituals. Mourners are preoccupied with ‘who the deceased was’ and ‘what legacy he wanted to leave for after death’. People who are facing death are also leaving clues for their own funeral, sometimes even detailed instructions on how they want their last ritual to be performed. This study focuses on the question: what is the meaning of identity and ritual actions in contemporary death rituals? Moreover, what ideas of an afterlife are related to the dying and deceased person’s identity? The PhD thesis focuses on the concept of the postself in relation to notions of immortality. The postself refers to a person’s preoccupation with his after death reputation and is studied at different ritual stages: 1) in the process of funeral planning, 2) the burial and 3) commemorative practices, such as home memorials. The research was conducted at the department of Religious Studies at the Radboud University Nijmegen.

Does individualism correlate with narcissism? My Master research focused on the relation between narcissism and meaning in life in two different cultural contexts. The results revealed that the degree of narcissism does not differ between two countries, such as the Netherlands that is generally considered a more individualistic society compared to Poland. However, there is a difference in how functional this personality trait is experienced. It was shown that being narcissistic in a culture that is characterized by more sensibility towards authority, such as Poland, being a person who likes to take charge, one of the characteristics of narcissism, are experienced as more positive. However, if the intended positive attention from others is not achieved, for the narcissist this leads to stronger feelings of depression. The study was conducted at the department of Psychology (Cultural psychology) at the Radboud University Nijmegen.